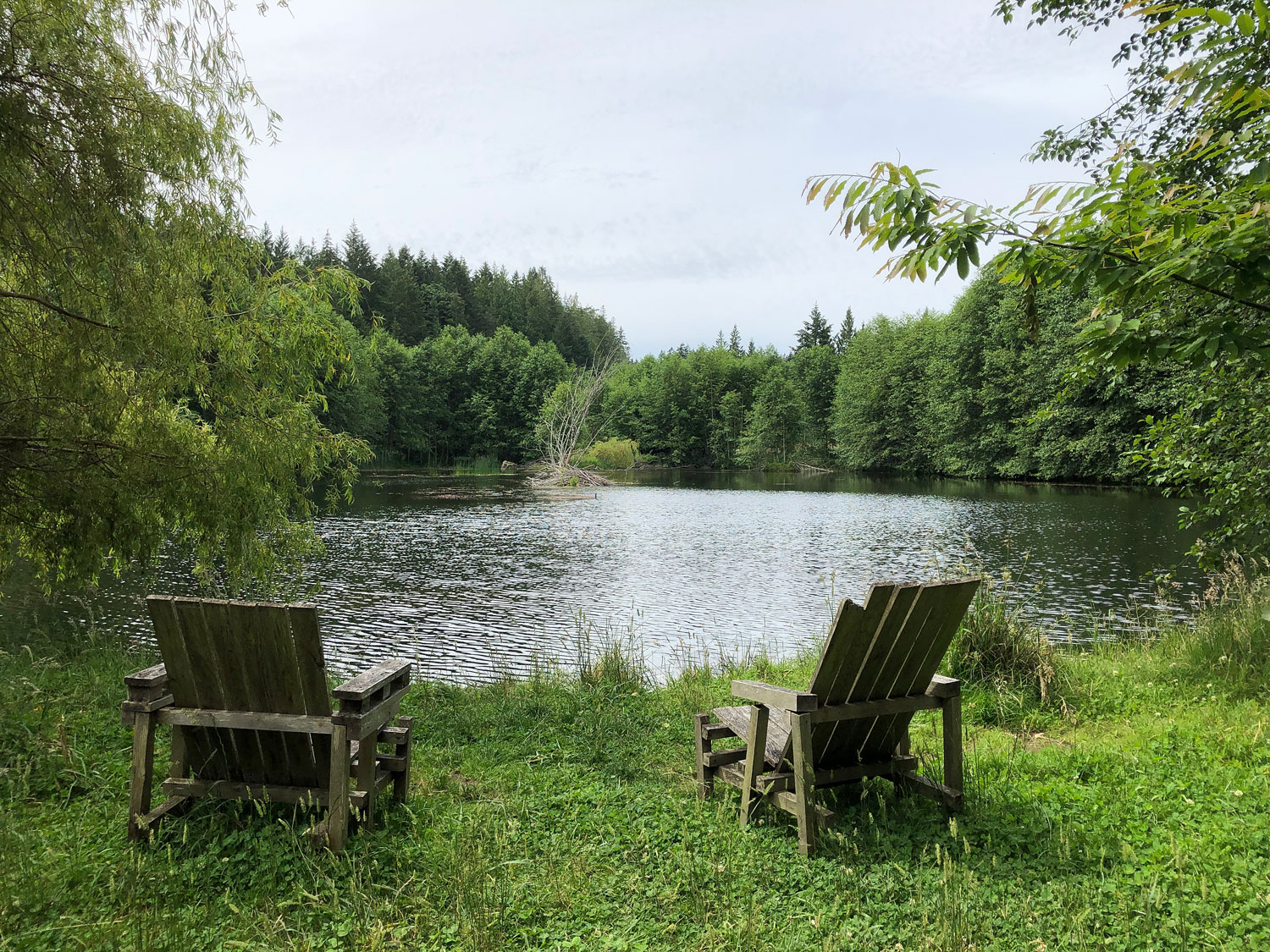 It is easy to think of Gabriola as a rather dry landscape, especially if you only visit in mid to late summer, when there is usually very little rainfall. Many of Gabriola’s watercourses dry up in the summer months, flowing again in the rainy winter and spring seasons. Over the years, neglect, forestry, and development have damaged some of our streams, but there is evidence that several of them once bore fish. The Gabriola Streamkeepers group hopes to restore some of Gabriola’s streams to their former glory.

This map of Gabriola’s significant watercourses has been creatively compiled by Cameron Murray. Use the zoom command in your browser’s view menu to enlarge the map: 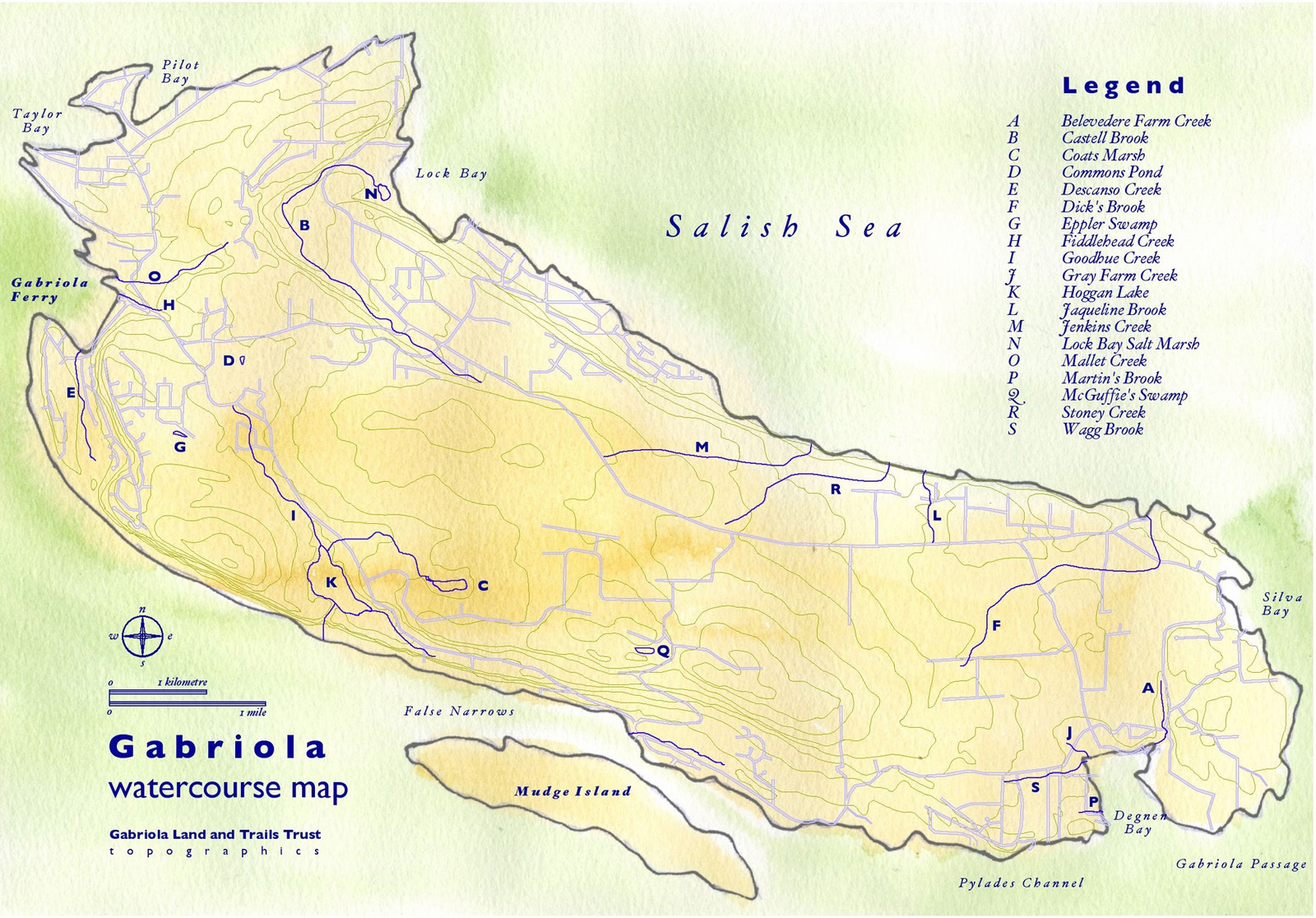 Water stands in many forms on Gabriola—we have a lake, ponds, swamps, bogs, dugouts, a saltmarsh, mires and puddles (and more). See the terminology list below. Fortunately, through a generous land donation by the Coats family, Coats Marsh has been preserved as a Regional Park, and Island Trust Fund’s S’ul-hween X’pey (Elder Cedar Nature Reserve) contains important wetlands with some unusual species. Gabriola Commons is very protective of its pond and wetland in the Village area. In addition there are several substantial freshwater wetland areas on private land such as McGuffie’s Swamp near the end of Chernoff, and those along South Road between Hoggan Lake and the top of Brickyard Hill.

Biologist Elke Wind gave a presentation on wetlands as amphibian habitat to our 2017 AGM.

Steams and wetlands on Gabriola 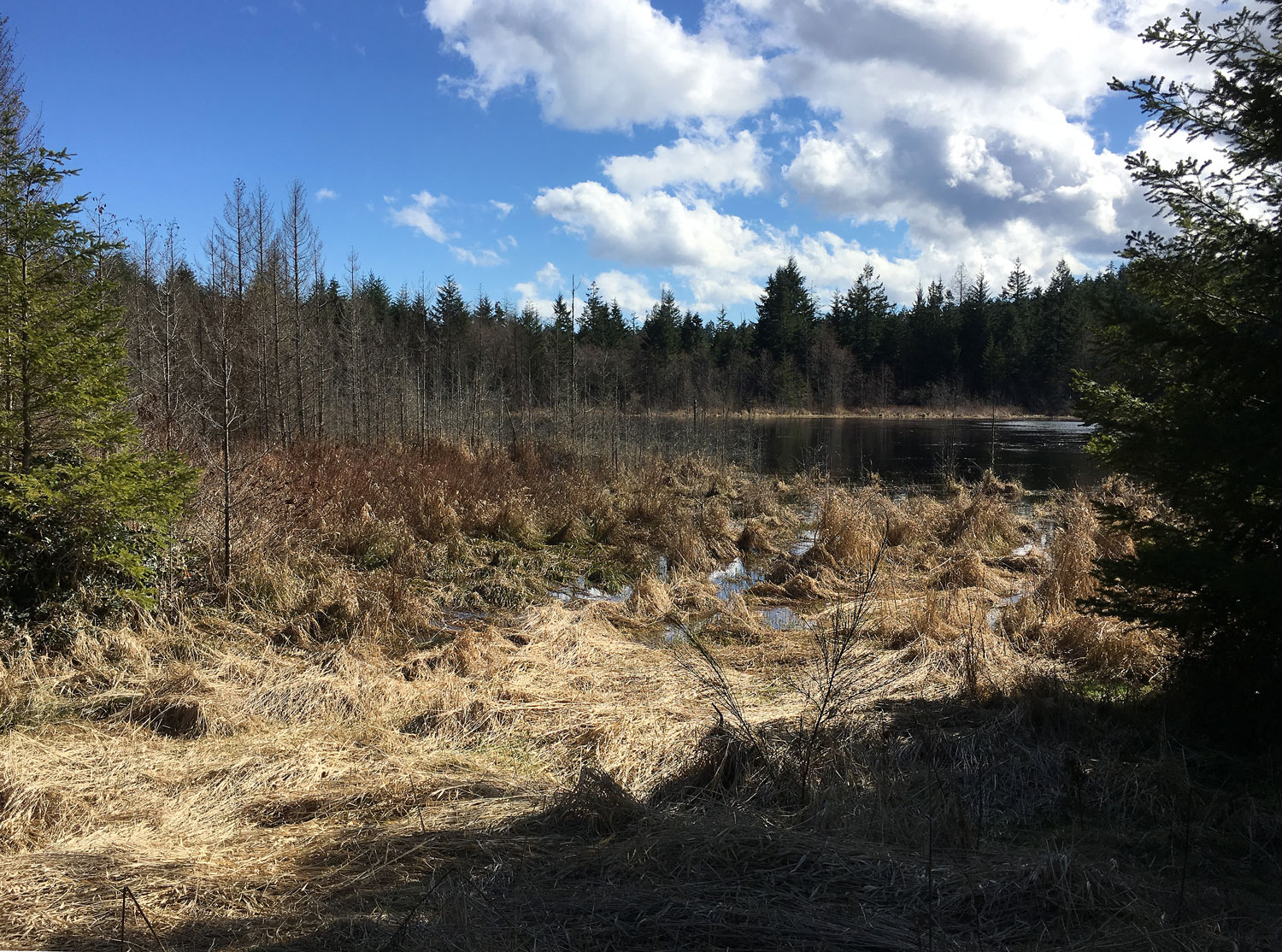 This 45-hectare parcel of forest and wetland is southwest and adjacent to the southeast arm kitty-corner from the south arm of 707 Community Park. It was acquired from the Coats family in 2008 through a partnership between the Nature Trust of BC, the RDN, and the BC Trust for Public Lands. It has a significant wetland and a stand of coastal Douglas Fir. At one time settlers drained the marsh and used it for farming, and later a weir was built with the idea of using it for cranberry farming. It has now reverted to a beaver pond. Coats Marsh Creek drains down to Hoggan Lake. For more information see Nick Doe’s website.

Dick’s Swamp (a very early name for it was “Great Swamp”) still has open water providing geese and duck habitat in winter. Somerset Farm now covers much of the area that used to be swamp. 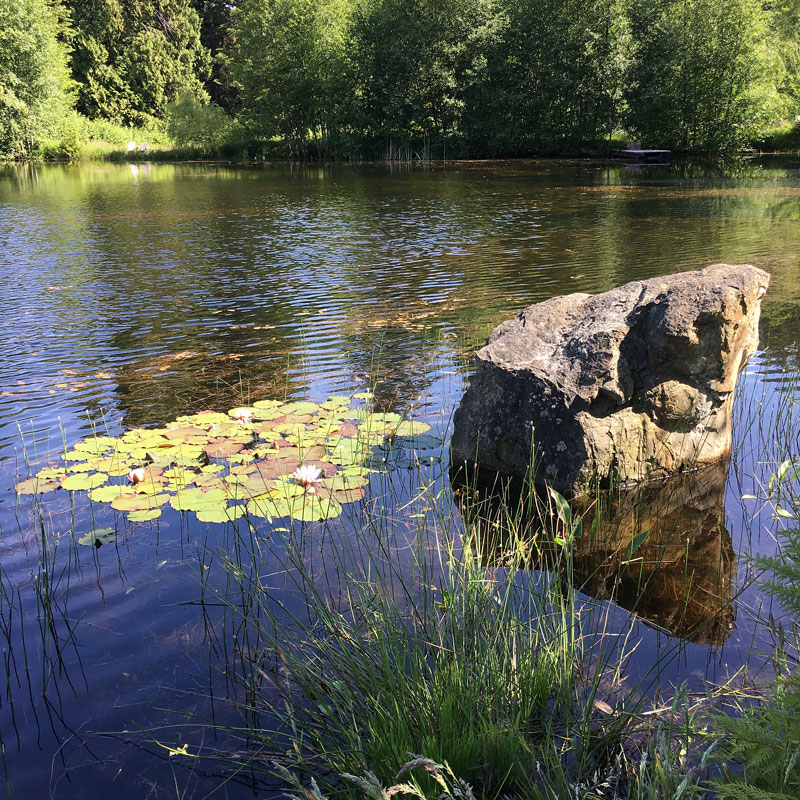 Nelder’s Pond (previously called Somerset Pit Pond) is a very attractively landscaped and natural-looking exhausted sand and clay pit. Nick Doe writes: “Because it has been dug into calcareous marine silt/clay, it is slightly salty and very alkaline“. Birds and insects abound amongst the water-loving trees and plants, and the area has plenty of tree frogs. The owner recently granted GaLTT a licence enabling the public to walk on a trail through his family’s land past this pretty pond to join the public trail system that links to South Road, Garland Drive, and Tait Road. 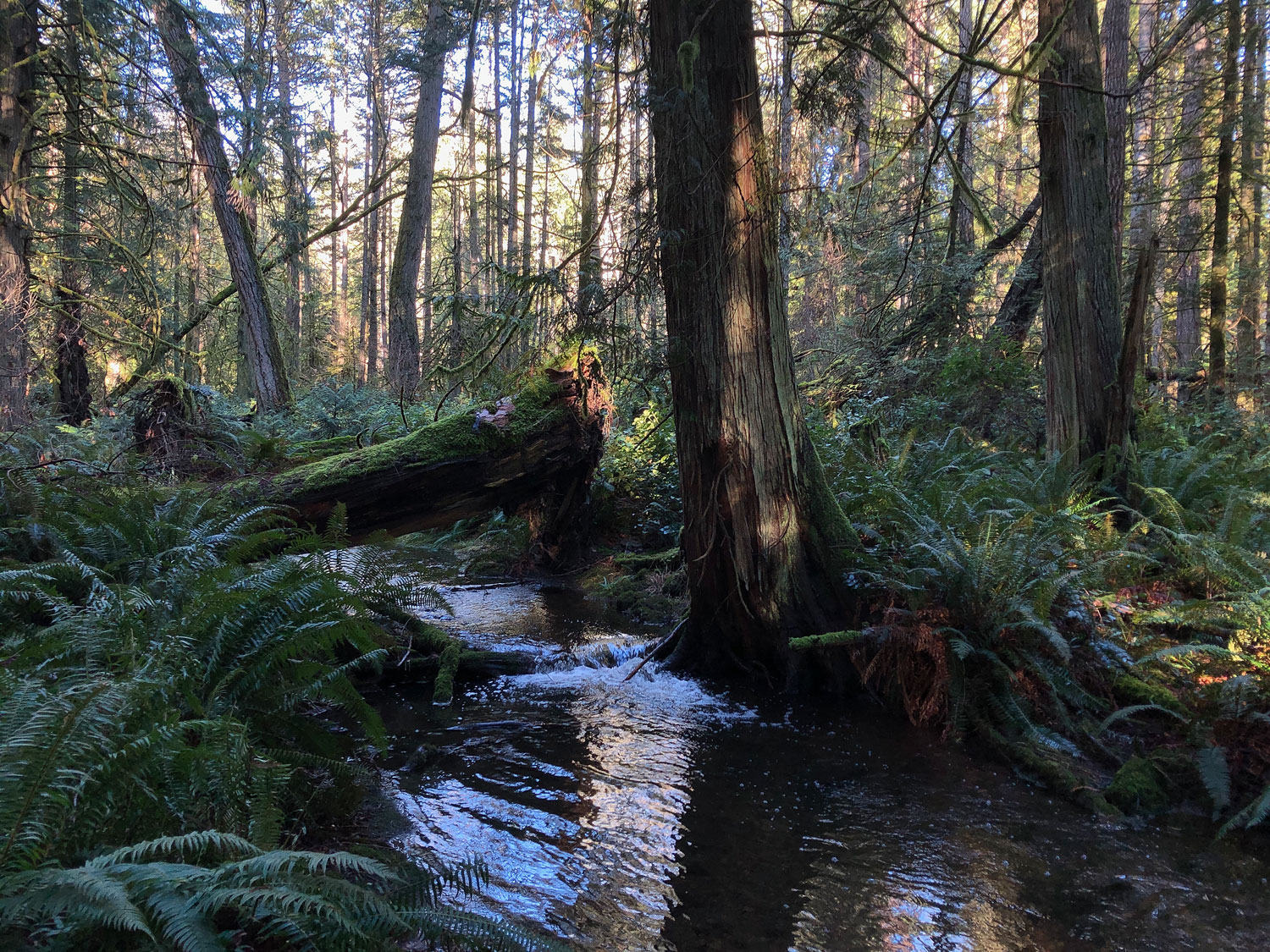 S’ul-hween X-pey (Elder Cedar Nature Reserve) is a 65.4 ha (161.5 ac) tract of forested land owned by the Islands Trust Conservancy. It is representative of the Coastal Douglas-fir moist maritime subzone biogeoclimatic ecosystem. It includes a portion of Stoney Creek and several small forested wetlands, the largest of which is in the north-central third of the land. (There is also a small constructed drainage ditch at the southeast corner of the property.) Where walking trails cross the streambed, a boardwalk and stepping stones have been placed to lessen riparian damage.

Although nobody now knows for sure who the nineteenth century “Dutchman” was, Eppler was a more recent twentieth century landowner. This swamp is where diatomaceous earth was mined around the time of the second world war, when the Rowan family owned the land. 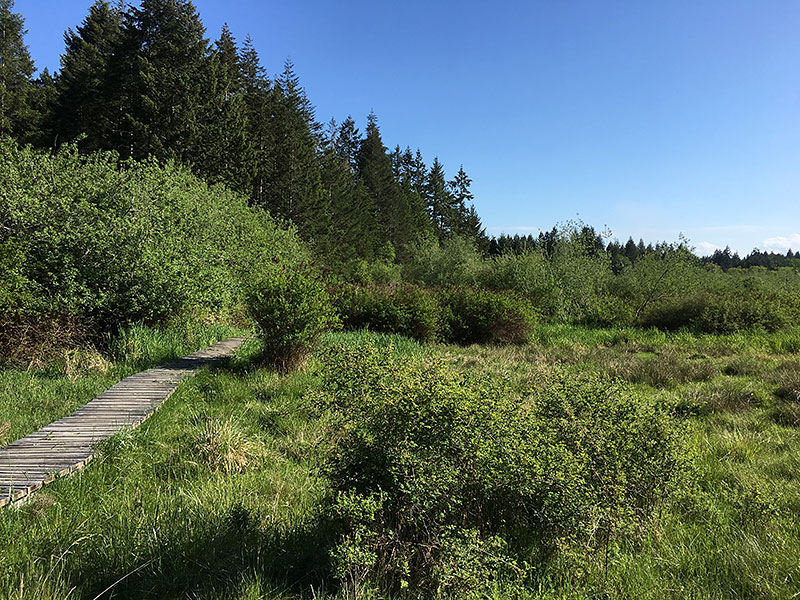 The Gabriola Commons pond lies about halfway between North Road (opposite the school) and the end of Redwood Road. Much of the surrounding ground is very marshy in winter and GaLTT has helped to build a boardwalk so that the walking trail connecting South and North Roads is viable in the wet season, and the more southerly allotment gardens remain accessible. The wetland is fed by Goodhue Creek.

Hoggan Lake is the only freshwater lake on the Island and it is surrounded by private land, with limited public access (unless you’re a golfer!). The mid-nineteenth century pre-emptors of the land, brothers William and David Hoggan, lowered the high cliff waterfall outlet of the lake, improving the surrounding land for farming, and deepened the lake by digging out accumulated natural debris. But by the turn of the century their property was said to be again “very wild” with “lots of old beaver signs and a lodge on the lake”. Bill Coats bought the property in the mid-twentieth century but never lived there. His son Clyde Coats said that he cleaned out the lake again when he moved there with his family in the 1970s, removing a lot of hunters’ debris. He also contracted with BC Hydro to supply electricity to the grid, generated by Hoggan Lake’s outflow.

Along South Road and connected to Hoggan Lake are South Road Creek and a series of lagoons and marshes, all on private land, through to Brickyard Hill. Some of the water comes from north of South Road flowing in subsurface streams over the bedrock. The wetlands are possible beaver habitat and there is diatomaceous earth there. 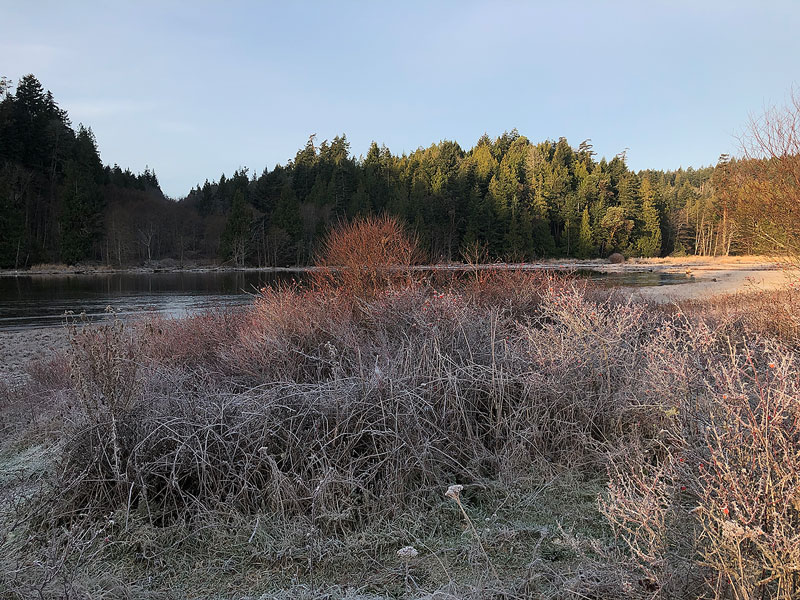 An extensive saltmarsh lies behind the Lock Bay beach at Sandwell Provincial Park, but it is on privately owned land. The area provides important bird habitat in winter and spring. The saltmarsh is fed by a substantial stream called Castell Brook, with a waterfall, and its tributary, McLay Creek. There is a beaver lodge in the freshwater pond on the forested hillside above the saltmarsh.

McGuffie’s Swamp is near Gabriola’s highest land at the end of Chernoff Drive. The McGuffie family were nineteenth century pre-emptors of land along South Road and Brickyard Hill from the shores of False Narrows northward up to the ridge (including the land that housed the Brickyard for over 50 years—you can read its history here). At one time McGuffie’s Swamp was farmed as a potato field.

“Stream” is an umbrella term for flowing water in scientific literature, but colloquially we hear lots of different names. Is it a small river, a stream, a creek, or a brook? And in standing water, is it a marsh or a swamp? A fen or a bog? Terminology of wetlands and water flows can be confusing due to various linguistic traditions and specialized scientific usage. Nick’s list of definitions may help you: 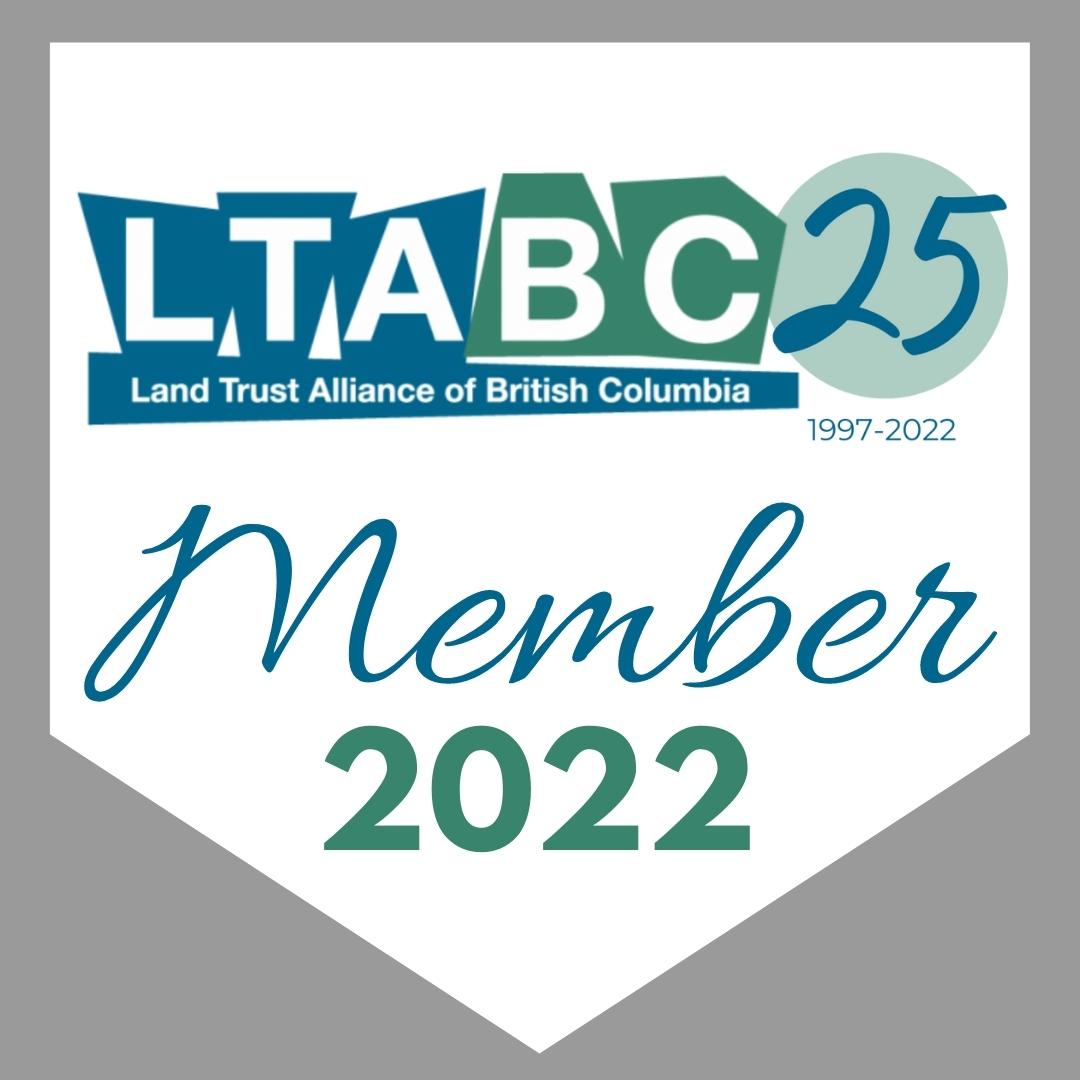